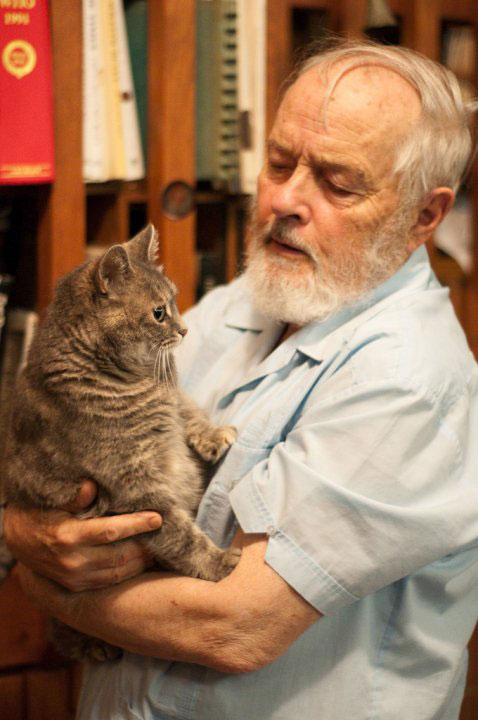 Graham Cotter, the only child of Charles (Bean) and Norma Cotter, was born at Rockfield, St Ann, Jamaica, in 1925, and was educated in Jamaica and Ontario.

He served in Anglican social service for seven years and then as a parish priest in Parkdale, Toronto, for eighteen years, associate priest at St Cuthbert’s, Leaside, for five years, and retired to a life of honorary assistance at St Mark’s, Port Hope, Ontario while he still pursues exploration and teaching in Science and Theology.

Along with his wife Evelyn, he has been co-founder of the Sacred Arts Trust of the Anglican Foundation of Canada, which makes grants to actors, dancers, artists and musicians in Liturgical Drama, Dance and Visual Arts. He has done advanced study in the Episcopal Divinity School in Cambridge, Mass, and the Graduate Theological Union in Berkeley, California.

Since August 2010 he has issued on the internet a weekly paper on science and theology. He is an Honorary Canon of St James’ Cathedral in Toronto.