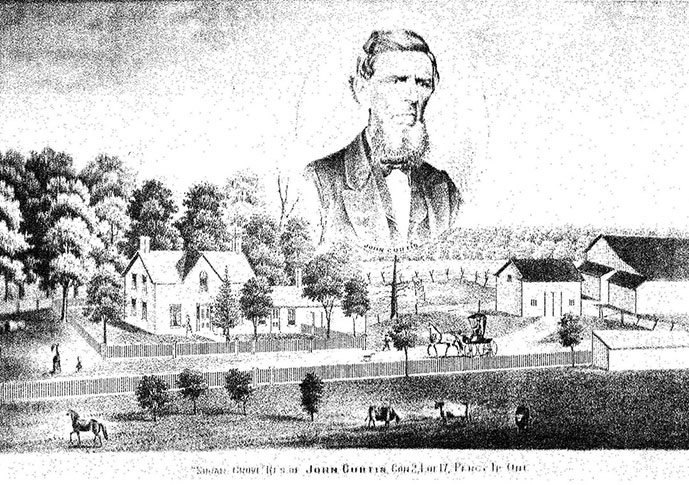 The three were walking their cycles up the long hill, past the cemetery and the abattoir.


“Take it easy, Debbie,” said her sister. “We gotta dry off before Mum sees us wet as we are.”

“Let’s say we fell in the pond, after the geese.”

The Topher looked thoughtfully at them.

“What are we going to tell your mother? She must have heard you on the radio.”

“Gee, yeah, she heard too much! She’ll never believe it was all a game!”

“And if you say you fell in the pond, she’ll never trust me again.”

“We don’t need a boy to look after us,” said Debbie. “`Sides, you were asleep all the time. You did nothing.”

“That Mrs. MacAndrew thought I was looking after you. And your mother had phoned her before she woke me up.”

“Hey, Topher,” said Linda, “how come you fainted? You said she told you that you had fainted. Men don’t faint.”

The Topher blushed. “I never fainted before. I don’t understand it.”

“John was great. And a real man,” said Debbie.

“But you had to tell him what to do half the time.” said her sister.

“That’s not quite true, Debbie.” said the Topher.

“What do you mean, Toph?” said Debbie.

“I was with John, the whole time myself. You were helpful but John did lots on his own.”

Linda looked at him, tall and serious, his curly blond hair wet with perspiration. She began to realize that she hadn’t thought much about their mysterious friend all afternoon, being so busy with the battle and his shy double, John Quakenbush.

“John was just terrific! Were you telling him what to do?”

“No, not at all. In fact, I was scared most of the time. But everything happened too quickly for me to even think what to do.”

“Funny,” said Linda, “How both you and John were different today: you fainting and sleeping, and John brave and wonderful.”

“Yah, Tophy, you were a sissy instead of John!”

“Shut up Debbie. The Topher’s not a sissy.”

“I was today in my sleep. And all the time I was inside John looking out, snoring while he was doing the greatest things. Did you see how he grabbed that flag Martha made for him and stuck it on a gun! And took on that Sergeant!”

“Good thing the bike was in the Sergeant’s way.”

The three had a good laugh at the memory of the Sergeant unable to control his feet or his balance.

“All the time,” said the Topher, as they walked around the long curve at the top of the hill, “all the time the battle was on, I felt terrible. I never fainted before, but I seemed faint the whole time, no blood in me at all.”

“Maybe John got all your strength.” said Linda.

“I think you’re right, and I think I won’t ever be close to John again. I want to go back to Mary now, and soon.”

“But we need ya, we need ya Tophy, Tophy!” put in Debbie.

“Don’t forget us, Topher, ” said Linda, getting a little watery.

“Bring Mary up here, so we can see her. Please, please”

“I haven’t gone yet. And we’re all going to need each other when we talk to your mother five minutes from now.”

“Why, because we’ll have to tell her the truth.”

“She’s heard enough to have to believe us.”

“Why not? You’ve done nothing to be ashamed of!”

“I just hate it when grown-ups don’t believe me.”

“Mummy believed us about sleeping this summer.” said Debbie.

“I told her the whole thing going to bed one night when you stayed up.”

“Debbie you didn’t! What did she say?”

“Didn’t say anything. Just hugged and kissed me and cried, and I went to sleep.”

“Debbie, your mum is some great woman, a good lady.” Topher’s own eyes were glistening as he thought that the third woman in the Scace family was as much a part of his friendship as her two daughters.

“And because she’s just great, we tell her the truth.” The two girls groaned.

Thelma Scace saw the three get on their bikes about opposite Professor Cart’s half-grown poplars, and ride slowly towards her house. She was standing at the edge of the drive, feeling reassurance and love towards all three.

“I suppose it’s too late to have a son that… she paused a moment innher thinking, and broke into a grin:

“Get hold of yourself, Thelma Yanchuck! You’re not thinking of him like a son: you’re thinking of Alfred, and you’d better stop, because one husband is the quota!”

As the three came up to her, they were happy to find her in a big smile.

“You really went the whole way with that game, girls, even to getting wet in the thunderstorm!”

They gaped at her. Though they were mostly dry, their hair was plastered to their heads.

“How come you know about the rain, Mummy?” said Debbie.

“I heard half of what you were doing. But I had some special help — I’ll show you. But you better all have baths and get ready. I’ve a good supper for you and cold beer for Topher.”

“That’s really great, Mrs. Scace. I was going to ask you if I could stay long enough to phone Mary.”

Thelma was laughing at his formality.

“Stay as long as you like. But why don’t you phone Mary now?”

“She won’t get out of work yet. Anyway, the rates are lower after six o’clock.”

“What was the special help, Mum?” Linda couldn’t get over the unquestioning reception and her mother’s apparent knowledge of their adventure.

“Oh, it was the funniest thing. You must have used it to make up your game, I found a clipping from the Peterborough Examiner. It fell out of Belden’s Historical Atlas of Northumberland County. You must have left it there.”

The three looked at each other, puzzled.

“May I look at it, Mrs. Scace, while I’m waiting for the girls to finish in the bathroom?

“Sure. I’ll bring your beer. But I would have thought you had seen it too, from what I heard on the walkie-talkie.”

And here is what she gave him to read: 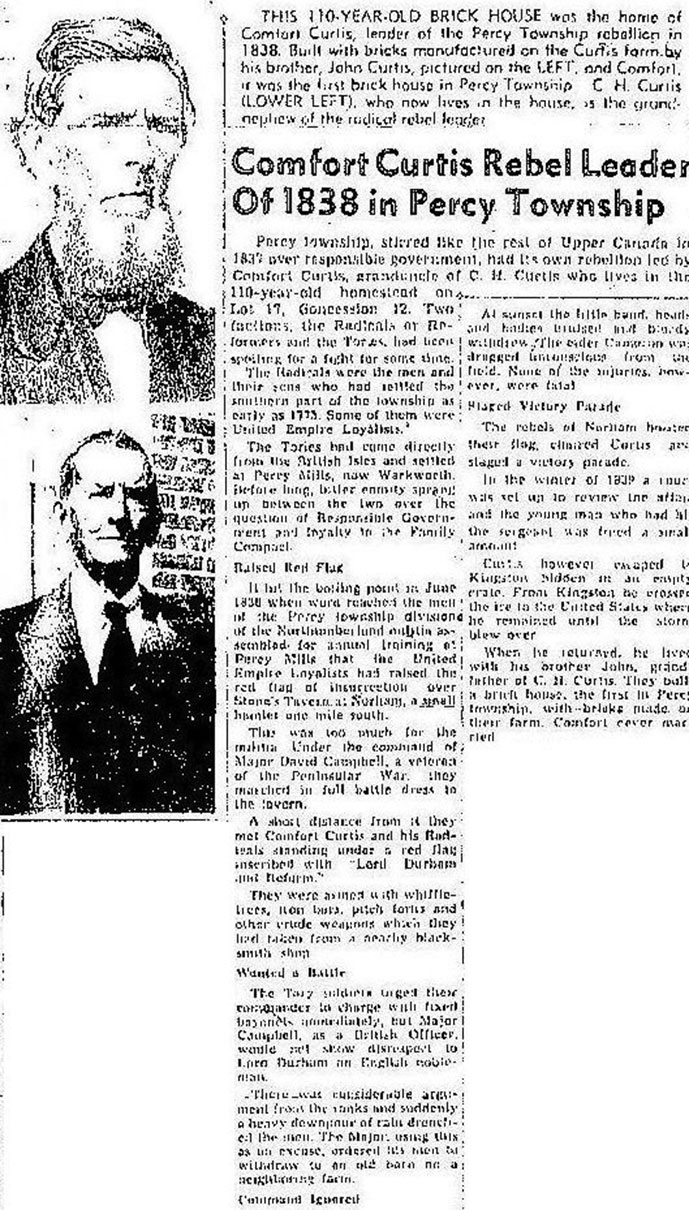